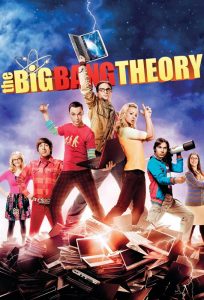 I joined Dayang(www.dayang.com.cn) in June 2001. At that time, Dayang planned to build a new website for a better branding on Internet. And with my previous experience my friend(Haibo) referred me to this position.

After I got this job, I started to do graphic design first with tools like Adobe Photoshop and Fireworks. Then I worked on theming with HTML and CSS tools. And I wrote java codes to support some interactive functions such as the forum. At last I deployed all my work to the company’s web server.

Before me, Dayang’s web server was a Windows NT box. I found it kind of inefficient and not so friendly to my java framework(Jakarta Tomcat). Then with a friend’s recommendation, I switched the OS to Redhat Linux. Also I moved the server from the company’s IT room to a dedicated IDC hosting environment. Thus the performance of the website is greatly improved.

Later I built a BBS like Intranet to get employees better connected.

In 2002, Dayang moved to an IT industrial area called ShangDi which is far away from where I live. Can’t stand 3 hours a day wasted on commute, I decided to looking for a new job. My friend Leo, head of sound recording department of Beijing Film Academy, referred me to the Beijing branch of ACE company(www.acebj.com) which is an HK based company.

After I transferred my works in Dayang, I joind ACE Beijing on March 2003. This company had barely an IT infrastructure: All employees shared a DSL line.

The first thing I did in this company is to build a dedicated email server. After my plan and budget approved, I bought a rack server and hosted it in an IDC. For a start, I used Jakarta James as the email server. And later I replaced it with Zimbra Enterprise email server. They both are open source softwares,  so I saved some investment for the company.

Later the boss of ACE Beijing had a thought to build an OA framework which can help him oversee big events and projects. I took the challenge and started to write the software. I used several java frameworks to build this web based application: Tapestry for frontend and Hibernate for object-relationship mapping. I learned a lot about web application development during this project.

In year 2005, the company planned to relocate to suburb for a bigger premise. After the renovation was done, I built a better IT infrastructure with optic-fibre connection and Linux based firewall/router.

Besides IT projects I also made some promotional videos for company anniversaries and events.

After ACE Beijing office moved to Shuangqiao, I again felt more and more exhausted for commute. So once again I chose to change my job. With my connections I met Sennheiser Beijing’s new boss: Marc. It’s such a coincidence that Marc was planning for his new office and in need of an IT specialist. Therefore I joined Sennheiser Beijing in June 2007.

First I involved in building the IT infrastructure for Sennheiser Beijing office, similar to what I did for ACE but with all the specifications from Sennheiser’s HQ in Germany.Then I equipped staff here with laptops and set up software environment for their work.

When the IT tasks were kind of finished, I took the task to re-build Sennheiser’s Chinese website. The website will follow Sennheiser’s global website but there wasn’t any specification to the back-end. So I implemented the website with open-source technology stack: Linux, Apache2, mySQL and PHP. With some serious comparison I chose Joomla open-source content management system. At last, I finished the website and launched it to the public.

The next year after the website was launched, the website got a lot more traffic. So I decided to add Nginx to the server to serve static files and act as a reverse proxy.

Then I was to do Internet marketing in addition to my existing tasks. I registered a company account at weibo.com which was the biggest twitter-like service in China. After several months of answering and helping users, the account attracted thousands of Sennheiser fans. I also arranged lucky-draw event and gave away Sennheiser products to fans.

Besides the above, I also completed some product manual translations and worked as a translator during company shows and events. And since Sennheiser is a professional audio equipment manufacturer I learned really a lot knowledge of sound and acoustics these days.